Our Commitment To Care Through COVID-19 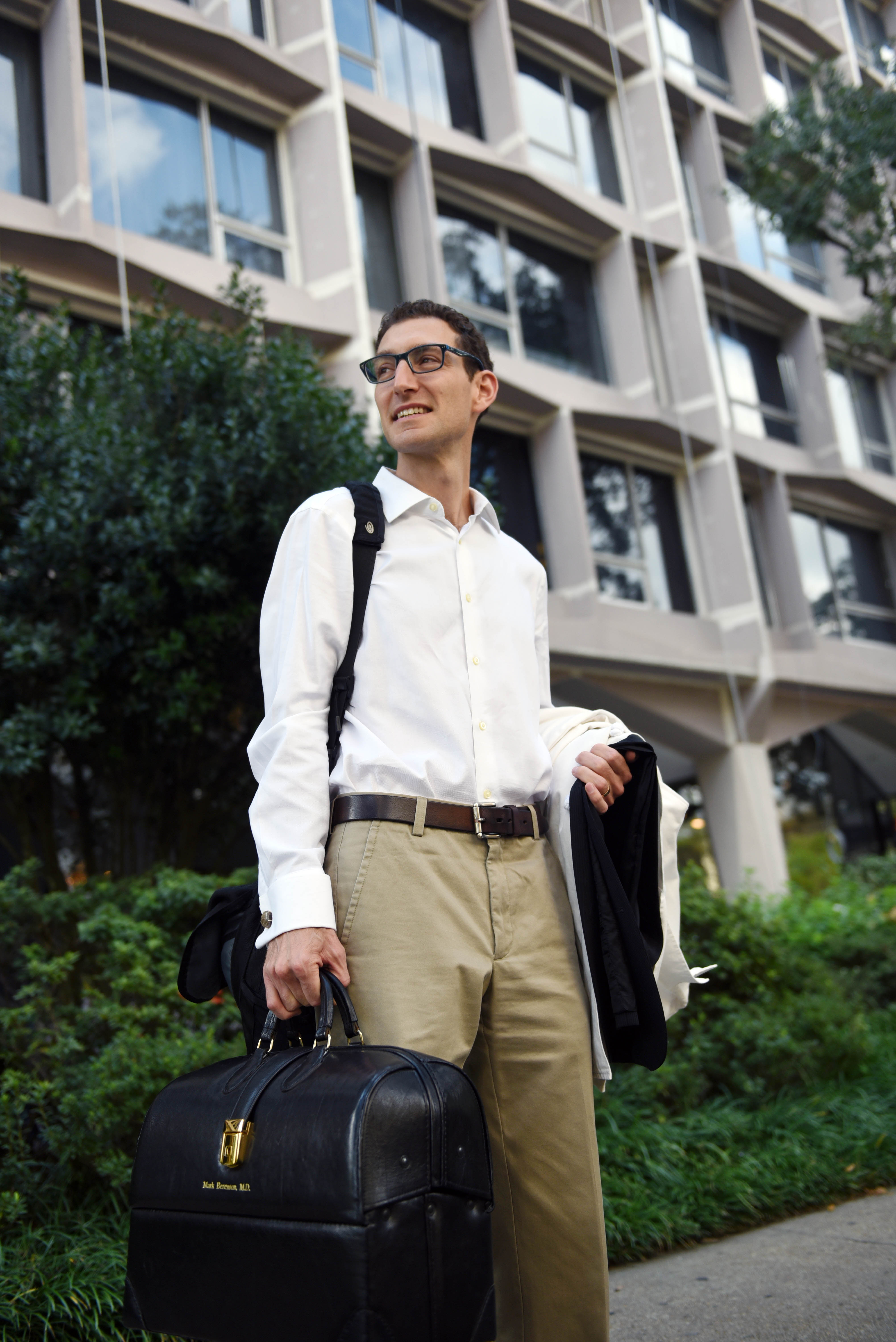 Bringing Back the Black Bag

New Orleans physician Mark Berenson does healthcare old school — and he may just be on to the wave of the future.

You have a horrible bug of some sort. You don’t know what it is, but you know that just the thought of getting out of bed, getting dressed, and driving to an urgent care or emergency room feels completely out of the question.

What do you do?

“Today’s healthcare is centered around the doctors, around everyone really, except the patient,” Berenson says. “By going to someone’s house to care for them, I’m doing what’s best for the patient. I get to see their environment — get a more complete picture of how they live — and really get to take the time to sit down and talk to them.

Berenson says a typical visit lasts about an hour. “It’s inappropriate to see a patient for five, 10, 15 minutes,” he says. “Nobody wins.”

Carving his own path

A New Orleans native, Berenson spent all of his years in training and medical practice in Northern California, working as a hospitalist and emergency room physician.

“In 2010 I joined a colleague from residency who had opened a fee-for-service practice in a few offices,” he says. “I’d join him for half a day each week as a week to keep my non-hospitalist brain in tact. It was the first time I had ever accepted money for my services directly.”

Six months later, his friend couldn’t make a house call and asked Berenson to cover. “I grabbed the doctor bag and I did it, and pretty soon I was doing two or three a week in addition to my regular work.”

In 2013, Berenson was called home. His father was dying. “He had a neurodegenerative process with multiple system atrophy. So I went back to be with him and make sure he had everything he needed.”

Berenson says he was surprised at what he found.

“There was nobody really taking care of him. No doctor that came to see him. We saw the hospice doctor one year after my dad went on hospice — it was the week before he died. At one point I remember I just looked at my dad and said, ‘I’ve been your son for 40 years, but now I’m going to be your doctor, because no one else is.”

Spurred by what he saw as an untapped market in the hometown he loved, Berenson soon moved back to New Orleans and in October 2013, he opened his own practice: NOLA Doc.

A doctor in search of patients

“I actually got my first patient completely by chance,” he says. “I was renting out some property I had purchased back in med school at Tulane, and this guy called me and said he couldn’t come see my house because something was wrong with his foot — it was red and swollen. I told him I was a doctor and if he came by my house I’d look at his foot. He’s still my patient today.”

From there, Berenson says it was slow going for a while.

“My mother has worked as a real estate agent here for 45 years, so she basically knows everyone,” he says. “For the first three months, basically every patient I saw came from her.”

Unlike your typical in and out doctor visit, Berenson typically spends about an hour with each patient in their home.

From two or three calls a week, Berenson slowly began to see one patient a day, then two, then five.

The real game changer came when Berenson decided to reach out to local hotels.

“I’d grab 200 business cards and my wife, Brooke, and I and our dog, Scrapper, would just pick a street in the Quarter and we’d walk the whole length of it, stopping at every hotel along the way,” he says. “At each hotel I’d stop and talk with the people in charge and tell them who I was, what I was doing, and drop off 10 business cards. I think they were a little surprised to see a doctor out marketing like that. But I had the time and it just felt right. They needed to see my face, to know that I’m here.”

That type of face-to-face, quality interaction is exactly what Berenson was selling.

“I learned that if a hotel had a sick guest they’d either call 911 — for everything, whether it warranted an ambulance or not — or they had a doctor they called who just saw people over the phone.” Berenson says he did a lot of work educating hotel management about why neither of those options was best for all parties involved.

His teaching seems to have worked. Berenson says hotel guests now make up about 50 percent of his practice, with the other half coming from locals, many of whom are elderly or chronically ill.

It’s in the bag

But what can a doctor do without a fully staffed and stocked clinic or emergency room? It turns out, a lot more than you’d think.

“My little black Samsonite bag is basically an ER department on wheels,” Berenson says. “I can do everything — IV fluids, suture, splints, antibiotics — the only thing I can’t treat is chest pain or stroke symptoms. Anything that needs to be monitored like that goes straight to the ER.”

Berenson even works with an imaging service that can come right to someone’s house to take x-rays or get an EKG. “I also dispense medicine, often saving the patient a trip to the pharmacy. When I do write a prescription, I do it electronically. There is no paper in my practice, with the exception of the prescription of controlled substances, when it is required.”

So what’s the cost to bring a doctor into your home?

“Many of my visits, especially the first visit, are about an hour,” Berenson says. “For that I charge $250. For half an hour it’s $195. I’m cheaper than an emergency room visit, that’s for sure.”

Patients pay Berenson at the time of his service. He then emails them the bill in case they want to send it in to their insurance for reimbursement.

“My little black Samsonite bag is basically an ER department on wheels,” Berenson says. “I can do everything — IV fluids, suture, splints, antibiotics — the only thing I can’t treat is chest pain or stroke symptoms. Anything that needs to be monitored like that goes straight to the ER.”

“I’ve gotten really good with knowing the diagnosis and procedure codes for reimbursement,” he says. “I’d say way less than 50 percent of my patients attempt to get reimbursed, but of those that do, the ones with a really good PPO plan, can get 100 percent back.”

Berenson says with deductible climbing, many people are paying out of pocket no matter where they go for treatment. With him, at least, they don’t have to leave their home.

He also wants to clarify that he is not a concierge practice — a practice where a patient pays an annual fee to have a doctor on retainer, much like some do with a lawyer. “There is no membership fee with me,” he says. “I’ve seen those range from $1,500 to over $10,000 a year.”

Pushing back against a broken system

While house call medicine is still certainly an anomaly — as far as Berenson knows he’s the only doctor of his kind, not just in New Orleans, but in all of Louisiana — he says he is starting to see some growth in the field.

“I know there’s a couple of docs in San Francisco and at least one in Los Angeles, Denver and I think Dallas,” he says. “And I’m sure there’s got to be more doctors like me, doctors that don’t want to be seeing 40 people a day. Now I can practice medicine in the way it was meant to be practiced. I can be thoughtful, take some time. Be truly accessible to the people who need me, without all the bureaucracy.”

A visibly relaxed and happy person, Berenson says his career change fills a need both in the healthcare market, and in himself.

“I’ve never done the mainstream thing I guess,” he says. “And I can tell you, this is the best doctor job I’ve ever had.”

Homeward bound: Local services deliver what you need, right to your doorstep 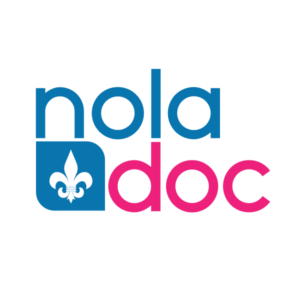